During the Indian freedom movement and post independence, there were several names of leaders that came to the forefront. Among them, the name of Lal Bahadur Shastri is one and he was also one of the most memorable leaders to participate in the India revolution. 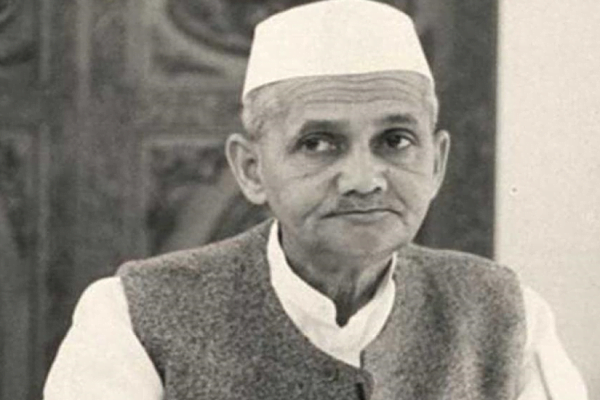 Not only that, he was also the second prime minister of independent India. He is still remembered for his famous motto – ‘Jai Jawan, Jai Kisan’.

Regardless of the class you study in, you should always be prepared on the essays and life histories of the eminent leaders of India.

If you’ve been told to write an essay on Lal Bahadur Shastri and you’re not pretty sure about what to include in it, we’re here to help you out. Read on to know on his life, education, childhood and political career.

He was the brave soul who had led India through the war of Indo-Pakistan in the year 1965. Throughout the war, he has gained extreme popularity and still now he is remembered for his leadership skills in that vital war. The war formally ended with the signing of the Tashkent Agreement on the 10th of January, 1966.

Lal Bahadur Shastri died on the following day while he was still in Tashkent. The reason that was reported for his death was an attack but later on there were several contradicting views on the death of Shastri.

The Central Intelligence Agency also said that it could be a planned murder. The opposition leaders didn’t miss this opportunity to link Indira Gandhi’s role in planning the murder of Shastri.

Lal Bahadur Shastri was born at his maternal grandparents place in Ramnagar, Varanasi. He was born to a Hindu Kayastha family that was used as civil servants. His paternal family had been associated with being the zamindars of Ramnagar, a place close to Varanasi.

Sharad Prasad Srivastava was Lal Bahadur Shastri’s father and he was a teacher who eventually became a clerk at the Allahabad revenue office.

His mother’s name was Ramdulari Devi and he was the daughter of Munshi Hazari Lal, the teacher and principal of a school in Mughalsarai. Shastri was the second kid to his parents as he had an elder sister.

Shastri along with his cousin sisters all grew up in the family of his maternal grandparents, Hazari Lal. Through a very unfortunate incident, Hazari Lal died of stroke during the middle of 1908.

Since then, the family was taken care of by Darbari Lal who was his brother. After him, his son, Bindeshwari Prasad, looked after the entire family.

As and when Lal Bahadur Shastri completed his education, he joined the mission of Gandhi Ji to free India from the Britishers. Since a very young age, he became a national party volunteer and Gandhi Ji guided him throughout this journey.

For many consecutive years, he worked under the leadership of other eminent leaders. Later on, in 1920, he joined the Congress party and responded to Gandhi Ji’s call.

The family of Shastri clearly had no such link to the Indian Freedom Movement. He had a respected teacher at his high school named Nishkameshwar Prasad Mishra who gave him all the financial backing that he needed. It was then that Shastri took the decision of actively participating in the Indian freedom struggle.

He started reading on the history of India and also on the works of personalities like Gandhiji, Swami Vivekananda and Annie Besant.

When he was in the tenth standard, just before his final examinations were scheduled, he attended a meeting that was hosted by Madan Mohan Malviya and Gandhiji in Benaras.

Mahatma Gandhi then asked the students to withdraw themselves from government-backed schools and become a vital part of the non-cooperation movement.

Immediately he withdrew himself from Harish Chandra School and joined the Congress Party’s non-cooperation movement. He became active in anti-government activities like picketing.

Within few days, he was imprisoned and arrested for his deeds but soon he was released for being a minor. The immediate supervisor of Lal Bahadur Shastri was J.B Kripalani who became one of the outstanding leaders of the Indian Freedom Movement. He was also one of the closest followers of Gandhi ji.

Post independence, Shastri was assigned the Parliamentary Secretary in Uttar Pradesh, his home state. On the 15th of August, 1947, he became the Police Minister and Transport Minister under the ministership of Govind Ballabh Pant. As the Minister of Police, he was the one to order that the police use strong jets of water rather than lathis to disperse the mob.

In 1951, Shastri was the general secretary of the All India Congress Committee along with the leadership of Jawaharlal Nehru, who was the then Prime Minister. He was given the chance to choose his candidates and his cabinet comprised of the most prominent businessmen of India including Ratilal Premchand Mehta.

The chief minister of Congress Party, K. Kamaraj created Shastri the Prime Minister on the 9th of June. Lal Bahadur Shastri was a soft and polite man but he was also a Nehruvian socialist. He took oath as a Prime Minister of India on the 11th of June, 1964. He aimed to build a secular mixed-economy democracy along with prosperity and freedom.

He gave this outstanding motto during the Indo-Pak war of 1965. Lal Bahadur Shastri was among the nicest Indians who left a memorable impression on the minds of Indians. Under his leadership, India faced the Pakistani invasion of 1965. His rule was not just a period to be proud of but the entire nation took pride in him.

Lal Bahadur Shastri died in Tashkent just after the day he signed the Tashkent Declaration, probably due to cardiac arrest. He was the first Prime Minister of India to die abroad.