Abraham Lincoln said, ‘In the end, it’s not the years in your life that count. It’s the life in your years’.

This has been one of the sincerest quotes that came from a man who elucidated it through his own life. He was a self-made and self-educated man and he was the ultimate image of a ‘poor-boy-turned-rich’ theme in American politics. He was a ‘nobody’ and from there is started attaining tremendous fame.

Essay On Abraham Lincoln In English 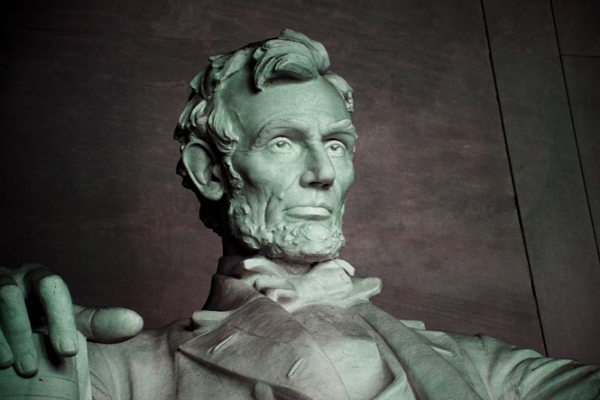 Scholars often rank him to be one among the top 3 American Presidents and most surveys ranked him as the Number One President of America. He was a true stalwart of propagating democracy. He had the power to make the world fall flat on his feet.

Abraham Lincoln – On his birth and childhood

Abraham Lincoln was born on the 12th of February, 1809 and he was said to be the second child of Nancy Hanks and Thomas Lincoln. Both of them were uneducated and illiterate farmers who lived in a single room log cabin at a farm in Kentucky. When Abraham Lincoln was young, he had extremely down-to-earth roots.

He was named after his grandfather, Abraham and this man had shifted his entire family to Kentucky from Virginia. His parents initially lived in a Baptist Church but they were thrown away from that Church as the family didn’t support slavery. Since a young and tender age, he had anti-slavery sentiments built inside him.

Unfortunately, Lincoln lost his mother at an early age of nine as she died due to milk sickness. Thankfully, he had an elder sister named Sarah who started taking care of the family. Later on, his father remarried and his step-mother Sarah Bush Johnston gradually became a loving person in their family.

Abraham Lincoln – His name speaks for him

Once you hear the name, Abraham Lincoln, you know that his name has the power of speaking volumes. Political Scientists and Historians have always ranked him as the best ever President of America.

Most importantly, Lincoln was popular for abolishing slavery in the United States. This infused a sudden spread of awareness against the cons of slavery. Amidst the era of social reforms, he holds a grand status.

There have been several surveys of the list of Presidents of America and in every survey, multiple experts and scholars of the country participated.

Time and again, it was seen that Abraham Lincoln ranked among the top 3 of all the surveys. His grandeur and popularity can be understood by this result. Moreover, in the Presidential ranking polls held by the organizations, he always secured the top rating.

Among all the popular surveys, one of the most vital was the one initiated by the Chicago Tribune in 1982. 49 Political scientists and historians participated in this survey. Experts were asked to rate the Presidents of United States based on 5 categories.

As according to the expectations of most people, Abraham Lincoln grabbed the top position among all the categories. This was a proof of his lofty and noble historical reputation.

The social reformers of that time claimed him to be the champion of liberty. He was also said to be the role model of the human rights institutions and the liberal intellectuals. In fact, there are some avid followers of Abraham Lincoln who even compare him with Jesus Christ.

Abraham Lincoln and his political career

Lincoln started his popular political career in 1932 when he was 23 years of age. He started off with an unsuccessful campaign at the Illinois General Assembly in the form of a Whig Party member.

In the year 1834, he won the election to the State Legislature and as he heard the commentaries on the England laws, he started training himself of law.

He eventually gained a good reputation as a popular and strong adversary during examination of witness and during closing of arguments.

This was why he was called one of the most successful and respectable lawyers of Illinois. In the year 1836, he was granted permission to the bar where he practiced law under John T Stuart. In the year 1837, he first protested against slavery and this voice of his gradually led to the eradication of slavery from the US.

And In 1851, he was the legal representative of Sangamon and Alton Railroad in a severe dispute and the main charter was modified in the interest of the public to offer inexpensive route. Even then, slavery was prevalent as it was legal then.

The Kansas-Nebraska Act of 1854, which annulled the restraints on the widespread of slavery, attracted Abraham Lincoln back to politics. In the year 1860, on the 27th of February, the leaders of New York Party invited him for a particular speech that was to be addressed to a group of Republicans.

His speech became extremely impressive and the journalists said that there was none before this man who could create such an aura on the audience of New York.

The face of Abraham Lincoln is seen on America’s postage stamps and his image is also seen on two other United States currencies. You will also find a sculpture on Mount Rushmore and this is one of the best world-class memorials. His other memorials even include Peterson House, Ford’s theatre and Lincoln Memorial.

The United States military honors Abraham Lincoln and many consider him to be a symbol of pride and national unity. In fact, there are two navy ships of United States that even bear his name.

Therefore, Abraham Lincoln was considered as a legend during his terms of being an American president. Everyone consider him to be an icon of peace. His legacy has been one of the most powerful signs against oppression. The biggest contribution of Abraham Lincoln was the eradication of slavery.

Finally, despite having a great and respectable life, he was assassinated and this made him a national martyr. His name belonged to the pages of historical greatness.