What according to you is national building? Nation building is the process of engaging the citizens in the overall development of a country. There is no doubt when we say that the future and the present of a country depend on the youth. Hence, the way the youth of a country contributes plays a vital role in structuring a nation.

Role of Youth In Nation Building In English 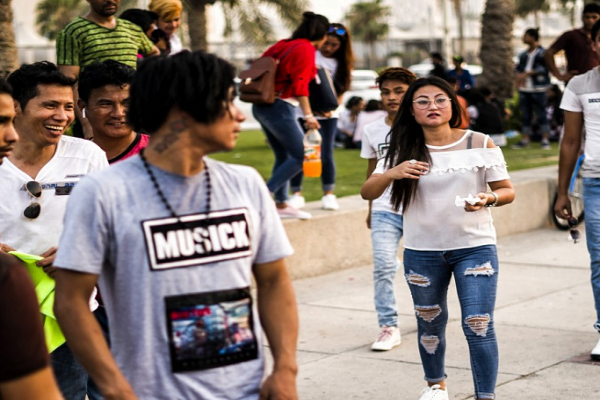 It is a fact that the youth of a country is undoubtedly the greatest asset as they are the ones that represent the country at different levels. The role played by youth in building and shaping a nation is much more vital than what you may imagine.

Their intelligence and their work will help a country move through a path of success. In short, they form the building blocks of a nation.

The significant role of the youth

Due to the noteworthy role of the young generation in building a nation, the development of a country lies in the hands of the GenX. Starting from the environment to the economy to medicine, health and technology, everything is dependent on how the youth carries them forward.

There are several issues faced by people in today’s world, pollution and global warming being two of the main. The youth has answers to all such problems.

There were several jobs that our grandfathers and forefathers weren’t able to do as they didn’t have access to all sorts of technological advancements. However we don’t have to worry as all those unfinished tasks will be completed by the youth of tomorrow.

One of the biggest examples of such a task is the technological advancements that we have achieved. For instance, the first-ever plane was invented by the Wright Brothers and 66 years after this invention, humans landed on the moon and created history.

So, during our times, humans are capable of traveling to the Moon and to other planets like Mars. Hence the youth have an immeasurable role in building the nation.

Writing the introduction of the essay on ‘Role of Youth’

The youth of our country are all set to become the most responsible citizens that contribute to the nation’s development. This notion has been believed by people since time immemorial. These days there are numerous programs that support the development of the youth in every possible way.

The government offers financial aid and merit scholarships for the successful sportsmen and sportswomen of the country. Such programs make sure that the young generation is ready to take on the responsibility of their nation.

Why the youth is important for the future of our country?

As the youth forms the future of our country, the country can’t do without them. Presently, they may just seem to be our partners but in the near future, they’re going to be the biggest leaders of the country. They are not only knowledgeable and smart but enthusiastic and energetic.

And They have the special capability of adapting themselves to the environment they live in and imbibe all sorts of knowledge. They always have a willingness to learn new things and apply their knowledge in practical tasks.

The youth of our country is also responsible for bringing in social improvements and reforms in our society. We can’t take even one step without their assistance. The country is in dire need of their participation for achieving all the goals and for taking the nation through its progressive journey.

Similarly, we are also aware of the ways in which a country’s development entirely depends on the active participation of the youth.

Regardless of field in which a country wishes to progress, whether it is the sports or technology, the assistance and support of the youth is always needed. It depends on us how we help the youth in playing their roles in a proper way. We have to make them aware of their power and about their importance in the society.

How we should offer our help to the youth

There are several ways in which we can assist the youth of the nation to make them successful in reaching new heights. However, the government has to play the role of a catalyst by introducing new programs that can help them combat issues like inadequate education in the institutes, unemployment and other sorts of hindrances that keep them from progressing.

The elderly citizens in the form of parents, teachers and mentors should make sure they motivate the youth of the country to perform better in all the fields.

If you make the mistake of discouraging the youth of the country, they will soon lose their spark and intelligence. The elders should be ready to give them the wind that they need beneath their wings so that they can fly high. Instead of taming the youth, help them spread their wings and fly.

The youth of our country also has the right to seek equal opportunities irrespective of religion, race, gender, caste and creed. There are different issues of favoritism and nepotism that are consuming and spoiling the talent of the nation.

The country has to eliminate such vices that come in the way of the youth. We have to ensure that the youth has chance to make themselves worthy and successful.

In short, it can be clearly understood that the youth of our country has the immense power of building an entire nation and hence they should be given a fair chance to do so.

They possess the talent and perspective which the older generation lacks. The citizens of our country have to channelize their enthusiasm and zeal in the right manner so that they can help the country to flourish without facing any hassle.

There have been several examples where useless ideologies have made humans blind. This type of ignorance is due to questionable morals and blind faith.

The youth is told never to follow such a path as this may lead to nothing but doom. You should live and let live. Always take a look at the bigger picture and try to do the right things that lead you to success.

Scroll back to top