If you don’t know what Startup India is, it is an initiative taken by the Indian Government. The Prime Minister of India, Mr. Narendra Modi first announced this campaign when he addressed his speech to the citizens of India on the 15th of August at the Red Fort, New Delhi. The plan of action for this campaign focuses on the 3 key areas. 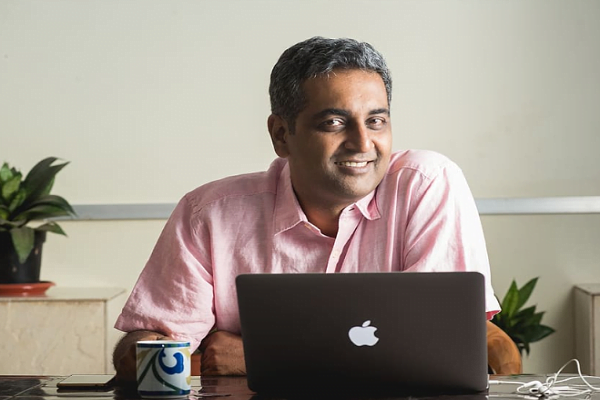 One more area of focus of this startup India campaign is to eliminate the stringent policies of the State Government like Land Permissions, License Raj, Environmental Clearances and Foreign Investment Proposals. This was organized by The Department for promotion of internal and industry trade.

Have you been asked to frame an essay on this topic? If you’re studying in a school, regardless of the class you belong to, you may be asked to write an essay on Startup India. We are here to help you out with what to write.

Startup India – A much awaited campaign

There’s no doubt when we say that startup India was a much-awaited initiated that was finally taken by the Modi government in the year 2015. We can’t deny that India has an abundance of talented people but there is a severe lack of opportunities here in the nation.

They don’t get too many chances to fulfill their ambitions and dreams. This is why this campaign is a great start for the youth to be able to obtain their goals. Our Prime Minister announced it on the Independence Day and it was launched thereafter on the 16th of January.

This campaign was started for securing a better future for the young generation of India and it was mainly done to motivate the start-up firms. By offering government support in the form of funding, the youth will be encouraged to take steps towards entrepreneurship. This will also create jobs within the country.

The event was inaugurated by Arun Jaitley, the finance minister of India. There were more than 40 CEOs and startup business founders as well as investors from the Silicon Valley in the form of special guests.

Few of the guests include Masayoshi Son, CEO of Softbank, Kunal Bahl, the founder of Snapdeal, Bhavish Agarwal, founder of OLA and Vijay Shekhar Sharma, founder of Paytm. Others included BJ Arun, CEO of July Systems, Sachin Bansal, co-founder of Flipkart and the CEO of WeWork, Adam Neumann.

Startup India – What are its objectives?

It is nothing unknown that the youth of India is not just capable but also extremely energetic. This enthusiasm and energy is not always taken to the right direction as there is lack of job opportunities in India.

However, this campaign will definitely aim at the right direction. It will make sure that the youth of India gets the much-required help from the Indian government.

This initiative by the government is a rather commendable one as it lets the youth to scale new heights. Through this campaign, they will gain resources with the help of which they can fulfill their dream of becoming an entrepreneur or might be an industrialist.

The startup India campaign will offer a strong network for the start-up forms. Banks will provide funding to the youth so as to create improved employment opportunities within the nation.

As we know that the rate of unemployment is skyrocketing in India, this campaign has been brought to effect in order to make more and more youth employed.

The startup firms will gain success and they can also direct their creativity and innovation in a proper way. This type of financial support provides enough relief to the youth of India.

As per the orders of the Prime Minister, he has asked the bank to support at least one woman entrepreneur and one Dalit to retain inclusivity.

This is undoubtedly one of the best steps that will assist the newcomers of the industry to jumpstart a positive career. Not only that, this will also improve the economy of the country too.

Here is the action plan of this campaign as revealed by Narendra Modi.

In a nutshell, this scheme is definitely a great way of leading the youth on the right path. It has successfully targeted the youth as they already had the potential to do so. The country’s youth are better when they can offer new notions and ideas. Hence, it is a good decision to help them obtain better heights since a tender age.