Farmers are the backbone of India as India is an agricultural country. The citizens of India depend entirely on the farmers for their yearly harvest. Despite this dependence, it is unfortunate and sad to note that there is a staggering increase in farmer suicides in our country. 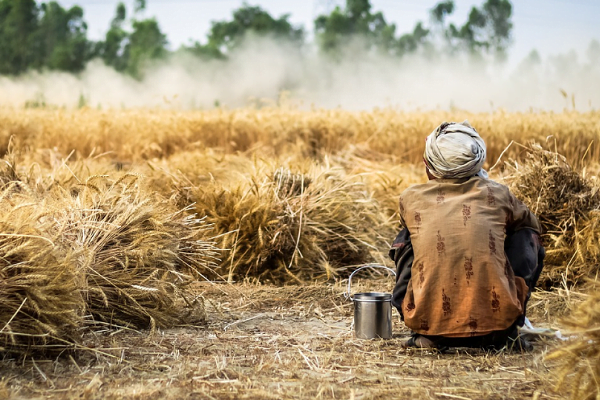 Every year, there are so many cases of farmer suicides that occur in our country for several reasons. We need to save the farmers of our country from this misery as we get our food on our plates because of their efforts.

It is extremely distressing to note that in a country like India, where more than 70% of the total population either directly or indirectly depends on agriculture, the case of farmer suicides are increasing each day.

As per recent statistics, nearly 12% of the total suicide in India has been committed by farmers. In 2015, the national crime records Bureau of India reported around 6780 farmer suicide cases.

With the increasing rates of farmer suicides in India, there will come a time when there will be no farmer to reap crops for the citizens of the country. The rate of suicides among farmers was between 1.4- 1.9 among every 10,000 farmers over the last decade that began in 2005.

It is needless to say that India is an agricultural country and hence its staple diet depends entirely on agriculture and farming. Hence, farmers happen to be the most necessary people in this country.

Indians rely heavily on them for obtaining their daily food materials. However, it is unfortunate to note that there are hundreds of farmers committing suicide almost every year. While the reasons are many, the main reason is because of the social and economic neglect that they face throughout their lives.

Agriculture is one of the main sectors in India and 70% of the population of India depends on agriculture for their livelihood. In spite of the rapid growth in the tertiary and secondary sectors of India, a large majority of people depend entirely on agriculture.

After the introduction of the Green Revolution, India has become self-sufficient in production of grains for daily use. Currently there are several farmers that take resort to modern tools and methods for farming. Here are few of the basic facts on farmer’s suicide.

Well, studies reveal that there are more than one reason behind the escalating number of farmer suicides in our country. All these reasons amalgamate to worsen this issue which can’t be reduced even after taking several measures. Here are few such reasons.

Is there a way to prevent farmer suicides in India?

The government of India should take the required measures to address the issue immediately. It should set up extensive agricultural zones which can promote different types of agricultural activities.

However, there should be specific programs that teach the farmers about the different modern tools and techniques that are related to farming. This will make sure there is increased crop production throughout the year.

The facilities for irrigation of crops should be enhanced ad improved. Farmers should be given the best crop insurance policies that can provide them with the coverage against losses so that the farmers don’t dig themselves deeper into debt.

The government should also make sure that the farmers learn new skills through which they can bring in additional income to their family. If they start doing this, their lives won’t only be dependent on the production of crops. They will rather have another source of passive income.

So, if we have to protect the interest of our farmers, the government of India has to take all the above mentioned steps in order to ensure a peaceful life to the farmers of our country.