Slavery is a word that is used to describe the injustice and illegitimate works that are being done against the human race since the 17th century. What is the first image that comes to your mind when you hear the word ‘slavery’?

Don’t you conjure up images of the wealthy rich white people exercising their power and control on the blacks? This was the type of slavery in the previous ages but now this is not the only case that exists in our world.

Slavery Essay for Students In English 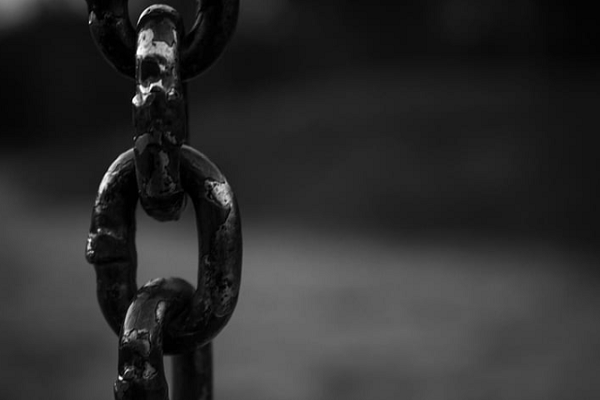 On doing a detailed study, experts and historians found out that slavery is present in almost every single culture. Slavery doesn’t only exist in the form where people have to work on fields but there are several other forms of slavery.

It mainly happens due to the illegal division at different levels of human existence. The divisions can be based on their skin color or their wealth or power. This vice still exists in different parts of the world. Though it might not always be hard-core and serious, yet it is there!

Child Slavery – What is it?

Childhood is the ideal time to learn new things, grow mentally and physically and flourish in all ways possible.

Despite knowing this, it is rather sad to note that the nearly 10 million children all over the globe don’t get the chance to grow, learn and educate themselves. Instead they are the unlucky ones who wake up only to be trapped under slavery in the modern day forms.

There are some children who have to break their backs while working in brick kilns, mines, private homes and sweatshops. Even worse, some are also coerced into begging at traffic, sexual exploitation and into selling drugs.

It happens in various parts of your country, somewhere near to you as it is also seen that the children in UK are susceptible to exploitation and human trafficking.

Children who belong to disadvantaged backgrounds are more likely to be subject to slavery for the simple reason of money. Since they come from extremely poor families, they are easily manipulated or tricked by the evil-minded people. They can be controlled easily as they won’t have the power to demand better working conditions or even higher wages.

Some children live far from their parents and they don’t have anyone to take care of them. They even don’t have any support network that can identify the most common signs of slavery and exploitation.

Slavery among children – The common forms

Child Labour: Child Labour is not similar to slavery but this includes the activities that bar the child’s development and education. And Child labour is usually undertaken when the child is under the guidance of her parents.

Child Work: There are few types of works that make positive and useful contributions to the development of a child thereby helping them learn different skills. Such child work can be done when the children have to support their parents for earning income.

Child Slavery: This is the forced exploitation of minors for the gain or profit of someone else. In most cases, the child is not left with any way of leaving or escaping that heinous situation or the person who is exploiting her.

How does slavery impact children

Slavery is probably one of the biggest reasons of racism that is prevalent in most cultures. It has already wreaked havoc to the American race where a rift was formed between the blacks and whites.

Slavery had had its impact on several children and has caused irreversible harm which has been recorded till date. Even though slavery was abolished way back in 1800s in America, there are still racial differences among the American citizens.

Slavery was therefore the main reason that made people move apart from each other rather than coming close. It was due to slavery that the false supremacy among the whites became relevant.

The whites thought they were somehow superior to others who had black skin color. This form of racial slavery still exists in different places of America.

Apart from this, there are other forms of slavery like human trafficking which has done heavy damage. This is a form of social evil that is prevalent today and it ruins thousands of innocent people. Behind all this, slavery is the main cause that led to all these.

Although slavery was abolished more than 150 years back, the scars are still prominent. Now that we are living in the 21st century, there are still victims of a specific skin color who are subject to racism. The blacks face severe and serious punishments for petty crimes as compared to the white men. They are still ridiculed for their skin color almost everyday.

The world badly needs to heal from the various manifestations of slavery for the security of citizens regardless of their religion, race, economic and social position.

In a nutshell, slavery did no good to any human being, whether he belonged to the majority or the minority group. Times have changed and so did the mindsets of people. All citizens should vow to make the world a better place to live in by eliminating this vice called slavery.