Life on earth can never exist without the right balance of women and men. Any aspect of human existence would be impossible unless there is an equal participation of the two genders.

Both of them are responsible for the survival of the race of humans on this planet. Men and women are also required for the proper growth and development of a country.

Save Girl Child Essay In English 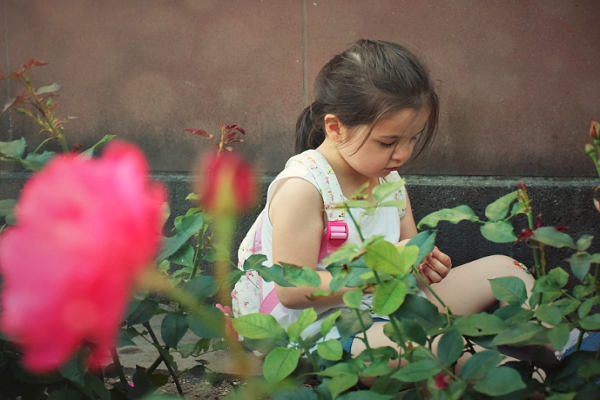 However, it can’t be denied that a woman’s existence is much more necessary than a man’s. Without women, we can’t think of carrying forth our existence. In order to prevent the entire race of human beings from becoming extinct, we need more and more women.

If you’ve been asked to write an essay on ‘save girl child’, we’ll help you with the points you’d need to cover in it. Scroll down to read more on this.

Girl child should be saved in India

One can’t deny the universally acknowledged fact that girls are a necessary part of the human society. But due to the constant declining sex ratio of women that are a result of the atrocities done against women, the female gender is already going through an existential crisis, especially in developing countries like India.

In order to maintain a proper ratio of boys against girls, the country has to save girl child. In the Indian society, this has become one of the most sensitive issues of recent times. However, there are lots of NGOs and other organizations that now fight for the rights of women and initiate the ‘save girl child’ campaigns.

India has been home to this extremely sad practice of aborting girl child before its birth. Girls should be saved and they should be blessed with equal opportunity and respect to move forward in life.

The biggest reason for saving girls is that the entire destiny of the civilization lies in the hands of women as without them; there is no creation of new life.

Since time immemorial, girls have been subject to different types of atrocious and heinous crimes and discrimination in countries like India. Among them, the most horrific one is female feticide.

Here, girls are killed when they are inside the womb of their mother so that the mother doesn’t give birth to a girl child. An ultrasound is done where the doctor used to tell the gender of the baby and it was then that mean-minded people committed this crime.

Among the various vices of the society, one of the biggest one is the constant desire among households to have a boy. In India, women strive to become an ideal daughter, wife, sister and mother. But as long as relatives are concerned, they will never want that girl to be called his blood relation.

Apart from these reasons, there are several other social evils that have been stemmed within the Indian society due to which parents try their best to avoid giving birth to a girl child. Besides female feticide, dowry deaths have also led to the death of thousands of women.

Girls and their capabilities

The present India that we live in doesn’t like to create gender discriminations by assigning gender roles. There’s nothing that a man can do and that a woman can’t.

In fact girls are way ahead of boys in several fields. Despite that there is the illiterate community that prefer a boy so that he could carry forward their family’s legacy and play a role in earning the bread for the family.

Girls have been striving hard to prove the fact that they can be even better than boys in certain fields. Thanks to their dedication and hard work that they have also been to space and contributed a lot to the NASA.

Girls tend to be more obedient, talented, responsible and hardworking and hence they are great family makers too. Girls are more caring and they tend to love their parents much more than the boys. Whatever they do, they give in their 100%.

Government participation of the ‘Save Girl Child’ campaign

In order to save girl child, the Indian government has already taken several initiatives like launching campaigns to save girls. Among the latest initiatives taken by the government of India, Beti Bachao and Beti Padhao are the most recent ones.

The government actively began this campaign in order to involve many people who could save the girl child. Besides, there are several companies, NGOs, corporate firms and human rights commission that also run different campaigns to save girl child.

The crime that is done against women is said to be the biggest obstacle to the growth and development of India, as a nation. Nevertheless, the government gives utmost importance to these problems.

Like for example, for abolishing crimes like female feticide, they have banned the entire process of determining sex before the birth of the child, scan tests in labs and hospitals and amniocentesis. Such steps are taken keeping in mind the fact that girls are never a burden on Earth but they are a gift of God.

The total number of girls against boys is reducing drastically due to female feticide. To fuel the strong desire to have a son, people often sacrifice the lives of their unborn daughters.

Moreover, female feticide is considered a huge legal crime since 1961 and there was legal provision to punish the couple that committed this crime. Not only that, there is also a provision of punishing the chambers and doctors that conducted the sex determination exam.

Girls have always been able to handle duties perfectly well in their households. Whether the woman is working or is a homemaker, she has been able to juggle different tasks and excel in multi-tasking. After knowing all these, it is really a mystery about why couples always look forward to having a son.

A girl child deserves equal life as a boy and she should be respected and loved by all. They’ve already proven their worth and hence they should be considered as equal to boys in any field.