If you take a retrospective glance at our ancient times, you will notice lots of worthwhile development that have taken place in the world. We can’t deny the fact that there are loads of machineries and gadgets. In fact, if you take a close look at our surroundings, you’ll find machineries doing most of the jobs. 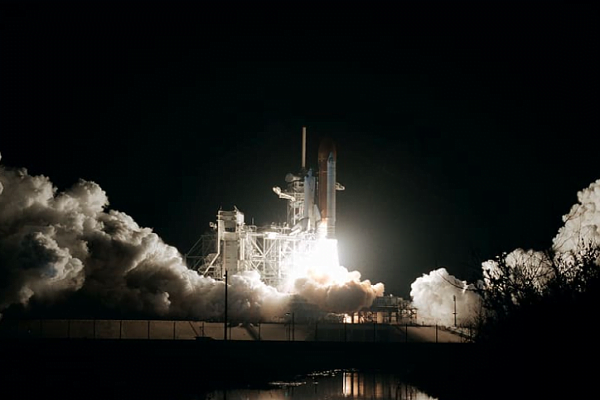 How did this happen? How did, all of a sudden, machineries get so important that manual job lost their value? Well, this has been possible due to the influence of science.

Science has played a major part in the lives of people as well as in the development of society. Not only that, science has also made our lives more carefree and easier than what they were before.

Have you been asked to write down an essay on science? Regardless of the class that you study in, here are the things you should cover while writing this essay.

Our daily lives and the influence of science

As already mentioned, science has made our lives change for the better. For example, transportation is a lot easier now than before. Thanks to science, it has become much easier to travel through long distances.

The time that it takes to travel has also reduced as you can now reach farther distances within few hours. The high speed vehicles have taken over and the scenario of transportation has changed for good.

Vehicles have gone through a major overhaul and have altered several aspects of our society. Previously, there were steam engines but thanks to the advancements in science that now they’ve been upgraded to electric engines.

Before, people used to travel with their bicycles but these too have been replaced with motorbikes and cars. The primary reason behind these replacements is to save effort and time. All these have been possible due to science.

One thing that we can’t forget about the impact of science is that it has helped us reach out to the moon. Not only the moon, humans have also been able to get a short glimpse of planet Mars. Till now, this has been one of the greatest and most noteworthy achievements of science.

Scientists keep on creating several satellites and due to this we are able to get the high speed internet without which life could have been crippling.

The satellites keep revolving around our planet throughout the day and night without even letting us know. We are able to complete all our daily tasks without any hassle just because of the way the satellites work.

In short, it can easily be said that science is the backbone of our society. In our everyday lives, science gave us enough for which we will always remain ever grateful. This is one of the reasons why the teachers in our schools include the subject science from a very tender age.

Inclusion of science as a subject in classrooms

Science is usually included as a subject right from the first standard. Since that time, they tell us about the vitality and necessity of the inclusion of this subject in our lives.

It is through science subject that the toddlers get to know about the solar system. From a very young age, they are taught about the nine planets of our solar system.

The Solar System comprises of 9 planets and the Sun. Not only does this subject relate the kids with the planets of the solar system but they also get to learn about the origin of each planet.

Science therefore assists us in designing our own future. Not only does science let us know about our future but it often helps us with vital details about our past.

As the child reaches the sixth standard, the overall subject Science gets divided to three categories called Chemistry, Physics and Biology.

Chemistry will teach you about the elements which you find within the earth and it also tells you about chemical reactions. You learn how medicines and cosmetics are made and you start understanding the chemical names of several products.

Physics will teach you about machines and it is a rather logical and interesting subject. Biology, on the other hand, teaches you about the human body.

You learn about the different parts of the body, their functions and how to take care of each part of your body. Students learn about cells, which are present in the blood of humans.

Names and achievements of the most famous scientists

There have been several reputable scientists like Sir Isaac Newton and Thomas Edison who were not just born to make that difference but who have had their fair share of popularity.

The light bulb was invented by Thomas Edison. Had he not invented this piece of thing, we might have lived in the dark all these days. This is why his name is included in the pages of your science book.

Sir Isaac Newton was another famous scientist who helped us understand the gravitational force. Thanks to him that we could also discover several other linked theories.

India had successfully launched Chandrayaan 2, which was the latest achievement of the nation. The way Indian scientists have explored the lunar soil has earned them accolades from all over the world. This achievement has been possible only because of advancements in technology and science.

To conclude, we have to say that both technology and science have jointly led this entire civilization to attain utmost perfection in the way they led lives.

We are supposed to use everything wisely and to restrained extents so that we don’t end up wasting things that have been created by scientists. While science has been a boon to the society, in some ways, it has also been a bane. Unless we stop misusing science, we can never create a better world.