India is a colorful country where there are numerous festivals celebrated among different religions throughout the parts of the nation. India is a secular country that supports all religions like Hindu, Islam, Christianity, Buddhism, Jainism and many more.

Pollution Due to Festivals Essay – 300 Words 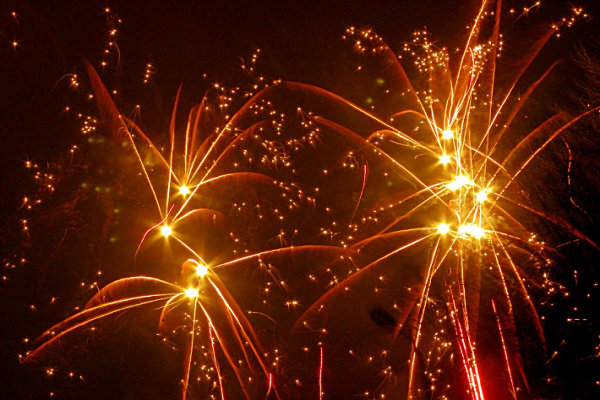 It is due to this diversity in culture that India stands out from the rest of the countries. From Christmas to Ramzan and from Diwali to Pongal, there are multiple celebrations along with a festive mood that exists throughout the year.

However, something that is also associated with firecrackers is the air and noise pollution which harms nature. This part about bursting crackers is most often overlooked by people and this is why despite several rules and regulations, people pay no heed to this. If you’ve been asked to write an essay on the pollution caused by firecrackers, here’s what you should write.

Diwali and the use of firecrackers

Diwali is one of the most popular Indian festivals and it is known as the festival of lights and colors. Although it is a festival of the Hindus, it is observed by people of different castes and religions.

Despite Diwali being called the festival of lights and colors, the negative side to it is that this day causes massive amount of pollution in the air. Bursting of firecrackers is undoubtedly the sole reason behind this noise and air pollution.

Diwali and the different types of pollution

One of the biggest types of pollution caused by Diwali is air pollution. There is already high level of pollution in India and on top of that whenever it is Diwali, air pollution skyrockets to an alarming level. On this day, there is emission of huge level of smoke which makes the air extremely tough to breathe.

The harm that is caused on the day of Diwali remains for many days even after this occasion. Delhi, the capital of India, bears the brunt of it for more than 15 days post the day of Diwali.

Besides air pollution, another major issue caused due to Diwali is noise pollution. People love to burst the noisy firecrackers and hence there is a tremendous amount of noise on this day and also the following day. For the seniors, the animals, especially dogs and for the birds, noise pollution causes heavy damage to hearing.

In fact there are many instances of elderly people turning deaf due to the impact of the noise. Noise pollution scares the stray dogs too and they run for shelter under the car so that they can save themselves.

The other type of pollution that occurs due to Diwali is land pollution. The leftovers of the firecrackers fall here and there after they’re burst, mostly up in the air.

All over India, as the population is soaring out of control, the total numbers of leftover firecrackers is huge. It takes more than a week to clean all these. These leftovers are usually non-biodegradable and so it hurts nature as well. Since they can’t be disposed off, they transform into toxic materials in the near future.

The gaining momentum of noisy firecrackers

Firecrackers have become very common these days. Whenever there is any special event, it is incomplete without the bursting of firecrackers. In fact, it has also become a trend to burst crackers in Indian marriage parties.

Everyone is in awe of the spectacular vision that they see high up in the sky, let alone the colors. The fizzes and bangs that it creates are loved by most.

The show that it holds is definitely stunning but what impact does it have on your health and on the environment? The effect that it has on human health is worrisome.

As responsible citizens of the country, we have to take positive measures to limit the usage of firecrackers so that they don’t hurt the ecological system of the nation.

What causes the pollution from firecrackers?

People all over India love to burst loads of firecrackers. They don’t realize the harm that is causes to the humans as well as to nature.

Nowadays, there is a trend among households to bring firecrackers during wedding celebrations. This also leads to pollution caused by firecrackers and people burst them in order to celebrate their happiness.

While there are hundreds of weddings that take place each day, can you imagine the several millions of firecrackers that are burst throughout the year?

Effects of pollution due to firecrackers

Firecrackers usually have a mammoth impact on the quality of life of humans and also on the environment. This contributes more to air pollution and the fireworks also release toxins in the air. This also reduces the quality of air and also makes it toxic along with increasing the level of smog in the air.

Firecrackers also lead to severe health hazards among humans. Some such disorders are hormonal imbalances, respiratory disorders and lung diseases.

Not only that, this also affects the mental health of the aged and senior people. The high level of noise increases the levels of anxiety and can also lead to panic attacks. People also suffer from insomnia due to it and can lead to hyperventilation.

Therefore, we have to become responsible citizens of India and play our part in reducing air and noise pollution caused by firecrackers. Spread awareness about the harm caused to nature, humans and animals. Ask people to enjoy the festivals without bursting firecrackers so that they don’t spoil the environment even more.