26th January is celebrated as the Indian Republic day every year with lot of fervor and pride. This day is extremely important for every Indian citizen as it reminds them of the day on which India actually became independent.

26th January was the day on which India was declared a democratic country. On this day, the Indian constitution came into effect. So, 3 years post achieving independence, on the 26th of January, 1950, India became Sovereign Democratic Republic.

Essay On Republic Day In English for Students 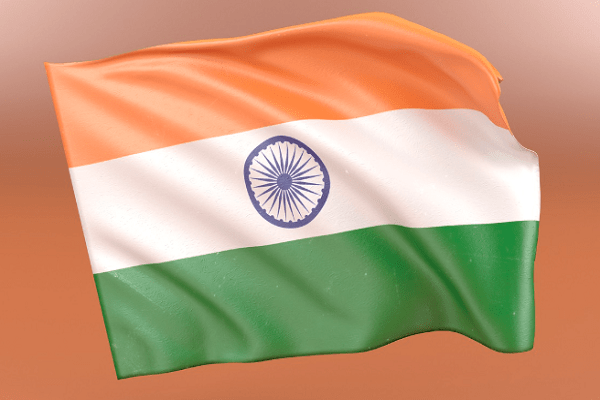 All over India, the Republic Day is observed by singing our National Anthem and hoisting our National Flag. The Prime Minister and other authority members also give patriotic speeches.

Nevertheless, this day is celebrated with extra excitement in New Delhi, India’s capital. People from all over the nation gather to watch the grand parade that is held from Rajpath to Red Fort.

The navy, army and air force squad member march past the President. The NCC and police also participate in this parade.

The history behind Republic Day

India had earned her independence from the Britishers on the 15th of August, 1947 but still the nation didn’t have a complete constitution. India even didn’t have any such political spokesperson or leader who could lead the country. Neither did India have anyone to handle the state of affairs.

Until then, the Government of India Act of 1935 was modified so that the country could be governed but this act favored the colonial rule. Hence, there was an urgent requirement to form a constitution that could tell what exactly India stands for.

It was under the leadership of Dr. B. R Ambedkar that a committee for constitutional drafting was formed on the 28th of August, 1947.

This entire procedure was extremely lengthy and took nearly 168 days to complete. The sessions that were organized by the committee were all open for the public to see.

Despite being subject to several hardships and challenges, the Indian constitutional committee didn’t waver from including rights for all. They had a goal of maintaining a perfect balance among all citizens of the country.

They ensured that all enjoyed equal right in accordance with their culture, religion, caste, creed, sex and more. Finally, when everything was done, they presented the Indian constitution officially on 26th January, 1950.

The very first session of the Parliament of India was also held on that day. Not only that, India’s first-ever President, Dr. Rajendra Prasad sworn in to his position on that day.

Hence, this day is undoubtedly of extreme important to India as it signifies the end of British Rule and the birth of Free India.

How is Republic Day celebrated?

We all know that January 26th is a Red Letter day in the history of the country. It was not only the day when our constitution came into effect but this day also reminds us of our freedom fighters. They had taken an oath to make India a free and independent country from the British Rule.

India celebrates Republic Day with lots of zeal and enthusiasm. People tend to forget about their caste, religion, sex, and creed and unite with others to spend a great day.

The country is brought together as a whole and this shows how diverse our nation is. New Delhi, the capital of India celebrates this day with Parade that demonstrates the might of Indian Military.

The preparations for this special day begin one month before the actual day. There are seating arrangements near the lawns of India Gate. You may get both normal seats and VIP seat. You can grab the tickets from various mentioned places of the city.

One platoon from each regiment of the armed forced participate in the parade. Similarly, the airmen and sailors are also taken from the Indian Air Force and Indian Navy.

India, on this day, proudly demonstrates her might through tanks, guns, fighter aircraft and ships. This function starts pretty early in the morning.

Our Prime Minister, Mr. Narendra Modi lays a wreath on the Amar Jawan Jyoti. The Prime Minister pays tribute to the martyrs who sacrificed their lives to protect India from its enemies.

The President reaches the Raj Path exactly at 8 a.m and there he is received by the defense minister and the prime minister. The President is the main commander of our armed forces.

The heroes who had played an important role in the previous wars begin the march. The armed force members who had already won gallantry awards like Param Vir Chakra lead the march.

The young girls and boys who have also won bravery awards follow them. The soldiers demonstrate a brisk march to the martial tunes of the band. While passing the saluting base, they eyes are turned towards the President. The paramilitary force members also participate in this march.

Later on, the ‘jhankis’ or floats of different states come where they display the array of lifestyle that is led in every state. You also get to see a glimpse of their folk dances and eclectic culture.

Students from different schools are also invited and they put up a splendid show in the form of national songs and dances. This entire programme is shown on TV.

These celebrations end on the 28th of January by the beating of the retreat. In short, this is definitely one of the best displays put forth by the Indian army.

The whole country watches the Republic Day parade on television and is filled with patriotism and national pride. Children are usually more excited about this day as they get a holiday.