Domestic pets have always been a great source of fun and pleasure. Kids and young children especially love to keep pets, whether in the form of dogs and cats. Pets usually help a person attain a healthy state of mind as playing with them makes most people happy and satiated.

My Pet Cat – Short Essay On My Pet 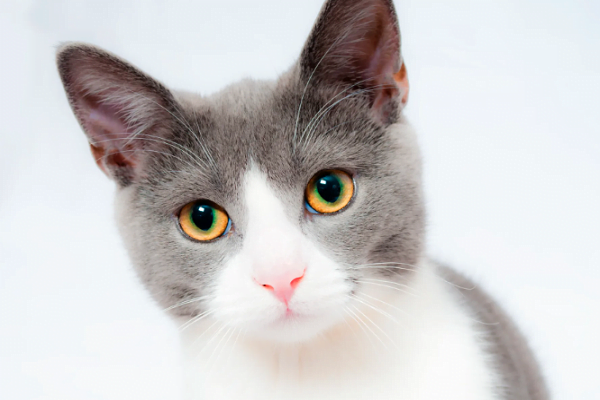 Although it is true that dogs or puppies are probably the most preferred pets due to their honestly, loyalty and faithfulness, yet it can’t be denied that there are several cat lovers in the world too.

The cat is a small and beautiful animal that usually resembles a tiger. In fact, it is said that the tiger belongs to the cat family. It usually lives on roads and can also be kept in houses as pet animals.

The body of a cat is covered with silky and soft hair. It has four short legs with sharp claws that are hidden within fleshy pads.

So, if you’ve been asked to write an essay on cats, you needn’t fret as we are here to help you with the points that you may cover in the essay. Read on to know on the points.

How do cats look?

While walking and running, cats seldom make noise. They usually have bright eyes and they can also see things in the dark. Cats are found all over the world and their favorite food is milk.

Most households keep cats as pet as they’re well-known for scaring the mice away. However, unlike a dog, a cat is usually dishonest and selfish in nature. Cats also steal fishes or milk from kitchen and can also become ferocious at times.

In general, cats are playful and gentle and they also love playing with children. They love it when children caress them and this is their favorite pastime. However, parents are over-conscious with pets like cats as they feel that cats can spread diseases like diphtheria among kids. This is why they try to keep cats away from their kids.

There are even some who link black magic with cats. The most noteworthy and common superstition that is linked with a cat is that if a cat crosses your way, a passerby won’t walk past.

Unless someone else crosses the road before the passerby, he’ll keep waiting. This however is nothing more than a superstition as when a cat crosses a road, it means he is going somewhere. Things are as simple as that.

Cats have grey colored eyes which are often considered as scary, especially by children. It is seen that children are mostly scared of the cat’s eyes.

A cat can give birth to 3-5 kittens at a time and they all need care and love whenever they’re born. If you’re determined about taming a cat, you can do so as it is not much difficult. You can give them dry foods, canned cat food or kitten food when they’re delicate and tender.

While you tame a cat, you have to be extra cautious if you have plants at home. Plants tend to be toxic for cats and hence if you have a cat at home, make sure your plants are away from them. When a cat gives birth to kittens, ensure that the house is kept calm as the kittens usually get scared by noise.

Cats are usually shy in nature and takes time to adjust in any kind of environment. A cat lover has to be patient while dealing with such a shy animal.

Cats have an enigmatic aura about them and they’ve captured the hearts of several people. They have adorable looks with mysterious personalities. If you too are a cat lover, here are few interesting and unknown facts that you should know about them.

This information is definitely going to wow you. Did you know that the Egyptians were the first to pet a cat? In the year 2004, the archaeologists in French found a cat grave that was 10,000 year old in Cyprus. Hence, this can be considered as the oldest cat.

Did you think that your pet cat sleeps a lot? If answered yes, you are absolutely right! As per the Veterinary Hub, cats spend 70% of their lives sleeping. This means that they sleep for 13-16 hours in a day. Wouldn’t you love to spend a cat’s life?

Cats are usually considered to be dainty and small furry creatures. However, among them, there was a Maine Coon called Stewie who measured 48.5 inches. There is also a record for the tallest cat that was owned by Arcturus. It was 19.05 inches tall.

#4: Cats walk in a manner that is similar to camels

Did you ever notice that cats walk in a manner that is similar to giraffes or camels? They keep their both right feet first followed by both left feet and hence they move half their body at a time. Giraffes and camels are the other animals that walk in this manner.

#5: Pet cats share 96% of their genetic makeup with tigers

This fact on cat is going to blow your mind. It was discovered through a recent study on cats that the smaller house cats have 96% similarity in their genetic makeup with tigers. They even have similar behaviors like marking of urine, their body scent, pouncing and stalking of prey.

Therefore, as we can see, cats usually love to stay non-confrontational. They won’t ever fight to demonstrate their dominance but they will do that to stake their personal authority.

Cats will go to extremes to avoid each other so that they can prevent any confrontation. Unlike human beings, cats are lefties. Studies reveal that their left paw is the most dominant paw.

If you’re someone who owns a cat, you should keep in mind the above mentioned points so that you can take best care of them and nourish them with the right food and warmth.