If life could evolve in any other planet apart from Earth, it has to be Mars. After Earth, the only planet in the solar system that is the most hospitable for living beings is Mars. In fact, it is so hospitable that it may once have been home to primitive bacteria-like life.

Essay About Life On Mars In English 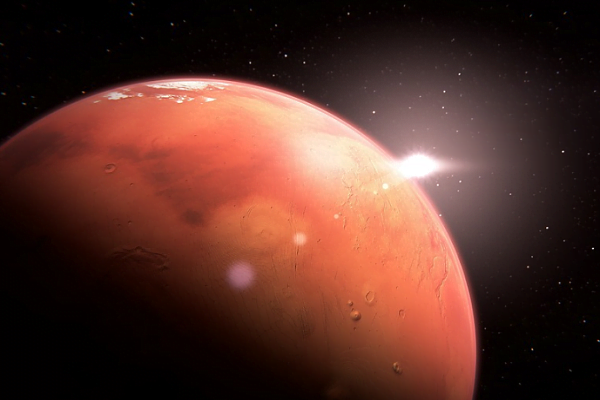 Mars is the fourth planet of our solar system, the first three being Mercury, Venus and Earth. It is also the second smallest planet in the solar system. Scientists have long been researching on the possibility of life on this planet and the major interest behind this planet is due to its proximity with Earth. There are certainly few indications that say that there could be life on Mars.

Have you been asked to write an essay on life on Mars? If answered yes, you need not worry about the points that you need to cover as we are here to help you with few of the most important ones.

Is there already life on Mars?

Even though the researchers and scientists have still not discovered life on Mars but there is a strong possibility that they will one day make this planet a favorable place for humans.

The main reason behind this is the presence of water and oxygen in the form of snow. Both these things could play a pivotal role in vouching for the presence of life on Mars.

Over the past few decades, there have been several satellites and spacecraft that have been sent to work for gathering information and details on the surface of Mars. The data that has been collected by the astronauts till date are still not sufficient to prove whether or not life on Mars actually exists.

Life on Mars – What are the possibilities?

Previously, Mars was a planet that looked pretty similar to the Earth. In fact, billions of years back, there were similarities between Earth and Mars.

Scientists also believed that Mars was once home to a huge ocean. Experts believe that this ocean covered majority of the surface of Mars as compared to the oceans that are present on Earth.

Moreover, it was also seen that Mars was warmer during the past days than what it is at present. This is one of the most noteworthy facts that both water and warm temperature are the biggest requirements for life to exist on Mars. Hence, scientists are of the opinion that there is high probability of having life on Mars.

As long as our planet is concerned, life can exist on Earth even in the toughest circumstances. On Earth, life exists in the oddest places like the dry and hot deserts and extremely cold places like the Antarctica continent. The resilience of life gives you enough hope of life on Mars.

Moreover, did you know that there are few ingredients for life that existed on Mars? The past and current life markers are referred to as bio-signatures. Scientists are trying hard to reach out to the surface for them.

There are certain promising leads that have evolved with time as well. One of them is the proof of the presence of methane in the atmosphere of Mars. Hence, there is an automatic possibility of the existence of microbes deep below the surface of the planet.

As the techniques used to detect signs of life on Mars might have been faulty, the results might have failed time and again. How about the possibility of having a ‘refugee life’ deep within the surface of the planet?

Any proof of life on Mars?

Yes, there have been several confirmations of magnetic fields and water that protects Mars. The scientists also believe that water exists on Mars but it can end up being salty due to the atmosphere and topography. After all this, it is believed that the planet has weather conditions that may support existence of living beings.

The atmosphere on Mars is mostly made up of carbon dioxide. The air is hundred times thinner than what you have on Earth.

So, it could get difficult for human beings to breathe on Mars without wearing a spacesuit that’s filled with oxygen. On the other hand, animals and plants might not survive on this planet due to the gravity of the planet, which is 38% of that of the Earth.

What challenges can life face on Mars?

One more major issue is the gravity of Mars, which is 38% of that of the Earth. Due to low gravity, humans may have to face health issues like demineralization of bones and muscle loss.

The climate of Mars has one more noteworthy problem and that is the temperature which is much colder than on Earth. The mean surface temperature of Mars is between -87 degree and -5 degree Celsius whereas the coldest temperature on Earth in Antarctica is -89.2 degree Celcius.

There is scarcity of water in Mars and water discovered on this planet is even than what is there on the driest desert on Earth.

Few other challenges may include excessive penetration of solar radiation due to the absence of ozone layer. Moreover, there are global dust storms that often occur on the planet. The soil is also toxic because of the high concentration of chlorine.

To conclude, Mars is a topic that has generated enough curiosity among the experts and scientists. Although establishing life includes lots of challenges, yet that doesn’t mean that we’ll lose hope. Humans have to make serious efforts for making sure they can actually establish life on Mars.